Tribes of the Iroquois Confederacy

Tribes of the Iroquois Confederacy, by Michael Johnson

First of all, it must be noted that this book is by Michael Johnson, but not “our Gazette designer, Michael Johnson.” This is an older Michael who has devoted many years to studying Native American people. I also mention the illustrator because illustrations are an integral part of all Osprey publications.

Illustrator Jonathan Smith, an Englishmen, also has a fascination for Native Americans and his interest, coupled with his artistic talent, has resulted in superior pictures in this book, a cut above the usually good Osprey illustrations. He is especially strong in bringing out the character in his subjects. You almost feel as if you know them and, curiously enough, one on the cover bears a passing resemblance to Canadian actor, Graham Greene.

Period illustrations are used frequently, including one of Capt. Joseph Brant UE and the famous portrait of Guy Johnson with Capt. David Hill.

Joseph Brant and events surrounding the American Revolution form only a part of the book as it takes a look at the whole history of the Iroquois Confederacy so that encompasses a much larger span of time. Nevertheless, for those who have a passion for the turbulent events of the 1770s and 1780s, this slim book is a welcome addition. 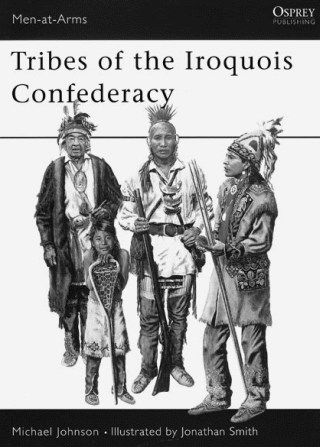