Located on the east side of King Street in St. Stephen, New Brunswick, Lot #13 was given by Captain Nehemiah Marks to the Rector, Wardens and Vestry of the Church of England Parish to be used as a burial ground. Following restoration of the cemetery, a memorial to the early settlers was unveiled in 2008. 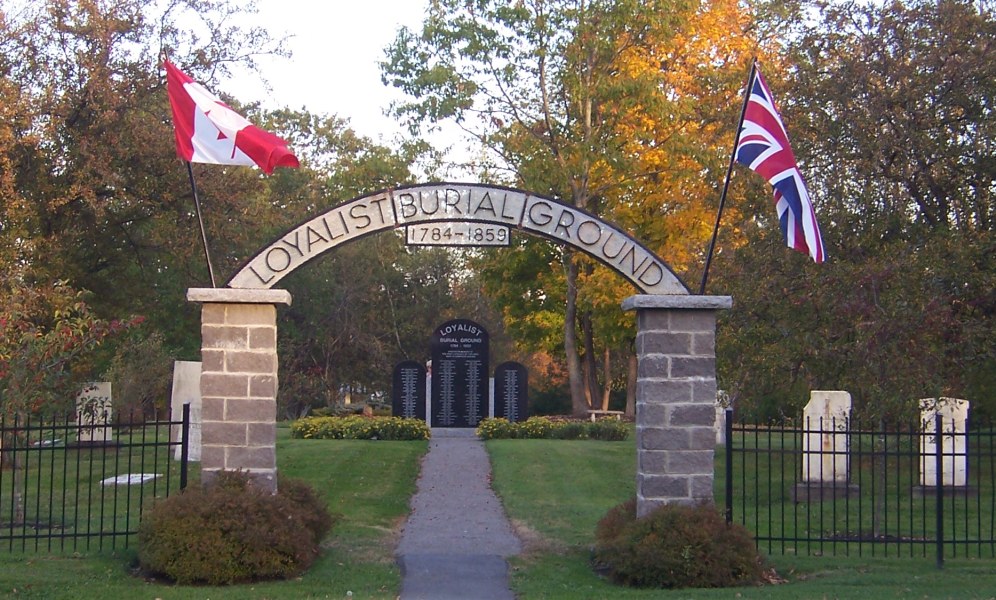 On the 28th June 2006 the Loyalist Burial Ground was designated a Local Historic Place for being the final resting place of many Loyalists and for being one of the oldest cemeteries in the St. Stephen area.

In 1784, by a grant under the Great Seal of Nova Scotia, the Loyalists were granted Garden Lots in the Jones Division. Lot# 13 on the east side of King’s Mast Road, known now as King Street, was granted to James Waller, who was an Armed Boatman under the command of Captain Nehemiah Marks. All lots were 6 rods wide and 23 rods deep (30.5m by 115.5m). Captain Nehemiah Marks purchased the lot for 5 pounds and conveyed it to the Rector, Wardens and Vestry of the Church of England Parish to be used as a burial ground. The burial ground continued to be used until 1859 when the St. Stephen Rural Cemetery opened and many of the remains in the Loyalist Cemetery were relocated there.
Source: Loyalist Burial Ground, Canada’s Historic Places.

The Loyalist Burial Ground served St. Stephen until 1863, and marks the final resting place for these early pioneers. However it subsequently fell into disrepair. In 2004, Town Council undertook to transfer legal possession of the Burial Ground from the Anglican Church to the Town. In 2005, the Loyalist Burial Ground Restoration Committee began work to raise community support and raise funds to restore the site and provide long overdue respect for these founding mothers and fathers. The restoration work culminated with unveiling of a memorial stone on August 3, 2008.
Source: Town of St. Stephen 2013 Community Profile Book 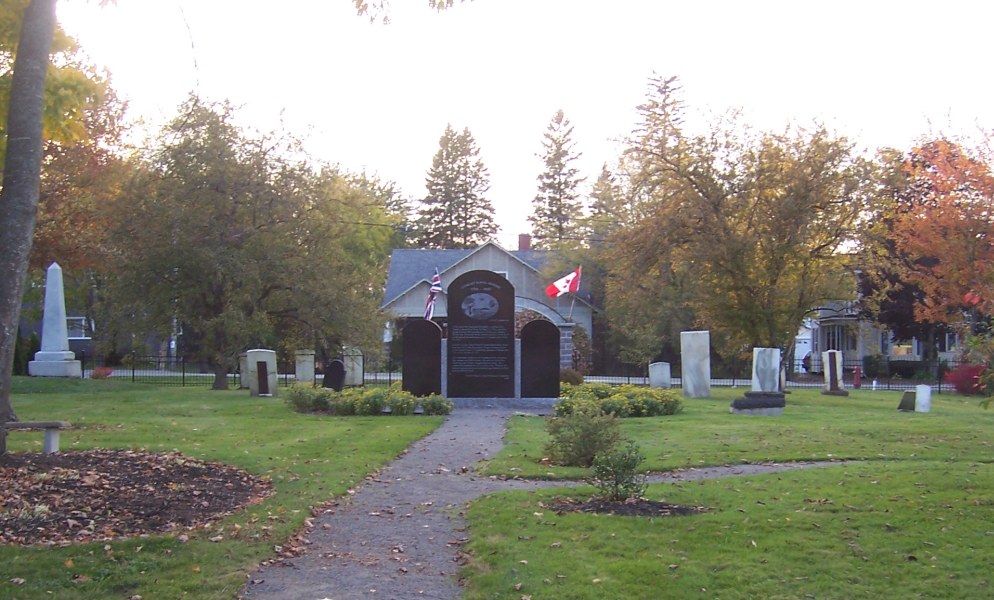 At the end of the American Revolution, Loyalists were forced to flee for their lives. On May 23, 1784, a destitute group of about 200 including men, women and children led by Capt. Nehemiah Marks, steered up the St. Croix River to the head of tide and landed on the Canadian banks of the St. Croix River.

For their loyalty, King George III granted them land, which over time they made prosperous. A large community grew around shipbuilding and lumbering industries. It became the Town of St. Stephen in 1871.

This monument recognizes the founders of our community, their spouses and their progeny who also are buried here. These men and women struggled and succeeded. They created the foundation for all we enjoy today. We pray this hallowed ground serves as a contemporary reminder of their tenacity and hard work. 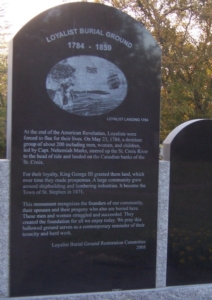 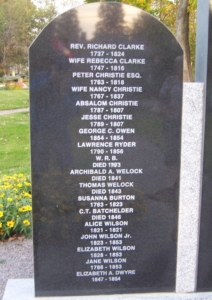 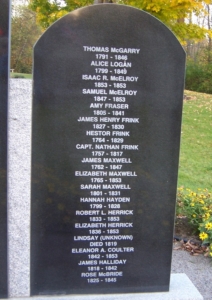 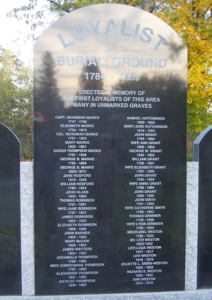