The 2014 UELAC Vancouver Branch Project to celebrate its centenary (1914-2014) aimed to produce a 100-150 page book, discussing the role which descendants of Loyalists played in the growth and development of British Columbia from the time of its early explorers and into the Twentieth century. 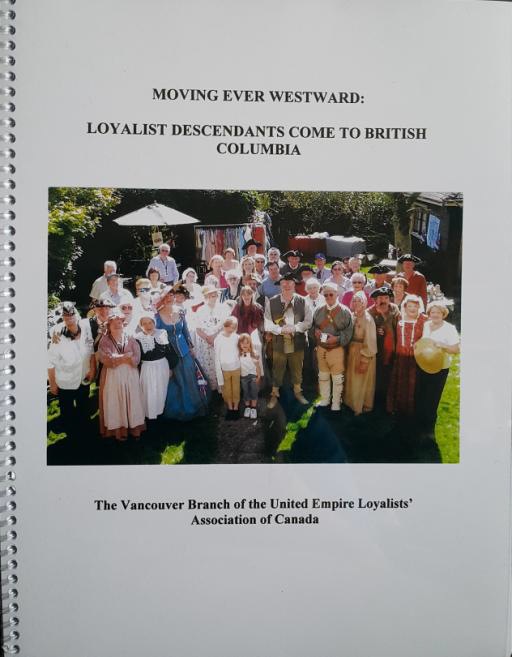 Branch members were asked to assist with this project by telling Dr. Peter Moogk UE what motivated their Loyalist descended ancestor(s) to make British Columbia their home and when they arrived in B.C. Twenty-four members from BC and other branches from the West have contributed their stories: 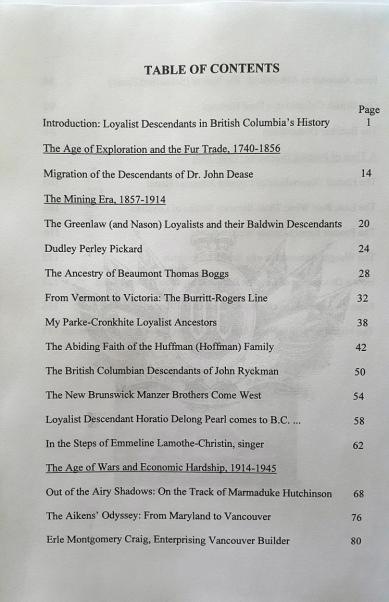 Contributions were to be between 5 and 8 double-spaced typed-written pages which could begin with a brief identification of the Loyalist ancestor, followed by a summary of the generations leading up to the migration to British Columbia.

At the 05 October Fall Fleet celebrating our 100th Anniversary of the United Empire Loyalists’ Association of Canada, the book Moving Ever Westward: Loyalist Descendants Come to British Columbia launched its first printing. Dominion President, Bonnie Schepers, UE, was present at the celebration with her husband, Albert Schepers, and received two copies, one copy for herself and a second copy for the Dominion Library in Toronto, Ontario. 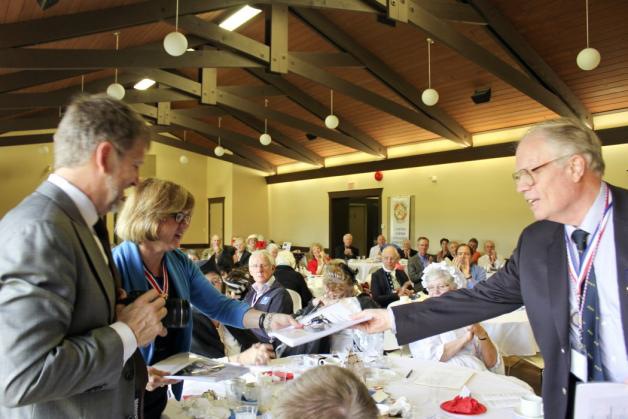 At that particular celebration, the book Sold Out. The Vancouver Branch is proud of its latest completion of its Second Edition 2015 and thanked Dr Moogk for his guidance and expertise in completing this project.

The UELAC Vancouver Branch is pleased to announce the Second Printing of “Moving Ever Westward: Loyalist Descendants Come to British Columbia”. Please feel free to visit our table in the Gonzales Room at the Coast Victoria Harbourside Hotel on the Lower Lobby during the Loyalists Come West 2015 UELAC Conference.