Sites of Power: A Concise History of Ontario

Sites of Power: A Concise History of Ontario, by Peter A. Baskerville

Don’t be fooled by first impressions! The cover of this tightly written textbook may lure the reader to falsely assume that this history summarizes the growth of industry, energy and cities in Ontario. Yet, examining the back cover or checking out the table of contents will quickly reveal that these 296 pages ambitiously cover the whole of Ontario’s history from earliest human occupation up to 2003.

The consistent perspective employed by Peter A. Baskerville focuses on social and political power and control in the changing cultural mix, first among indigenous groups and later among and between clashing motives of European cultures and native interests. Sites of Power is well worth reading since it is one of the books this reviewer has encountered that reports Canadian history from the point of view of the native inhabitants of Ontario bargaining with significant disadvantages, with British, French and Dutch groups. Not just reporting the “what,” Baskerville analyses and details cultural and religious factors influencing native bargaining and treaties in contrast to European cultural, economic and religious motives to gain the upper hand in every deal.

Naturally, I turned to the time period reporting the Loyalists’ experiences in the American Revolution and noted a concentration of reporting about how the native population fared in the treacherous and devastating conflicts that speak of untold heroism, suffering, loss as a result of slick bargaining by powerful, exclusive Governors pressured to find land pre-promised to reward faithful service. Baskerville labels Late Loyalists as those coming into the Canadas after 1797, a moot point since, early or late, they all took land bargained at low cost from the native population.

Fully half of this book reports on pre-Confederation history that is Baskerville’s particular area of expertise. His research draws from many disciplines: economics, archaeology, palaeontology, Canadian studies, and more.

I believe this book could serve as a cornerstone in high school and university courses as well as appealing to the casual reader who just enjoys our Canadian history. 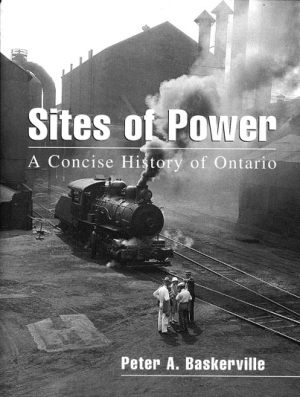