This small plaque with the UELAC burial marker is next to a tree planted in 1984 in the Halifax Public Gardens as part of the Loyalist Bicentennial.

President Blakeney stated that we were, in fact, replacing a cherry tree that had been chopped own, over two hundred years go, by a young lad named George Washington. 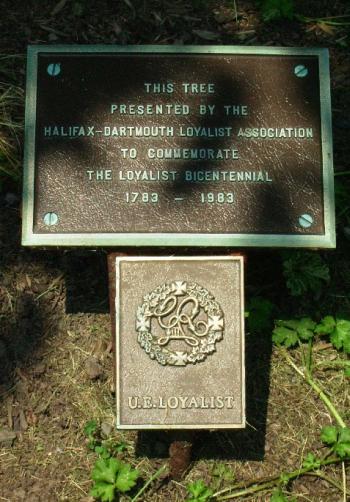