‘The Loyalists at Shelburne’ Plaque

As a town founded by Loyalist refugees in 1783, Shelburne was recognized as a the site of a National Historic Event of Canada in 1923. The plaque unveiled in 1923 was located at the foot of King Steet on Highway 3. 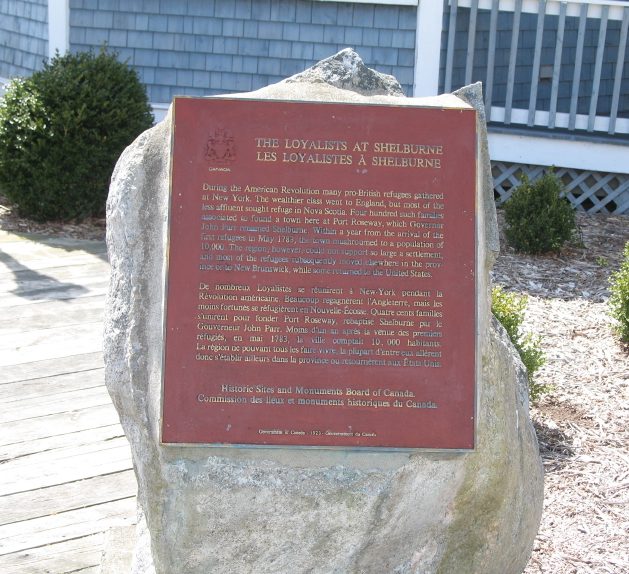 Text was prepared by the Special Committee on the Revision of Unilingual Plaques – 1973 to 1977.

The inscription of the plaque reads as follows:

During the American Revolution many pro-British refugees gathered at New York. The wealthier class went to England, but most of the less affluent sought refuge in Nova Scotia. Four hundred such families associated to found a town here at Port Roseway, which Governor John Parr renamed Shelburne. Within a year from the arrival of the first refugees in May 1783, the town mushroomed to a population of 10,000. The region, however, could not support so large a settlement, and most of the refugees subsequently moved elsewhere in the province or to New Brunswick, while some returned to the United States. 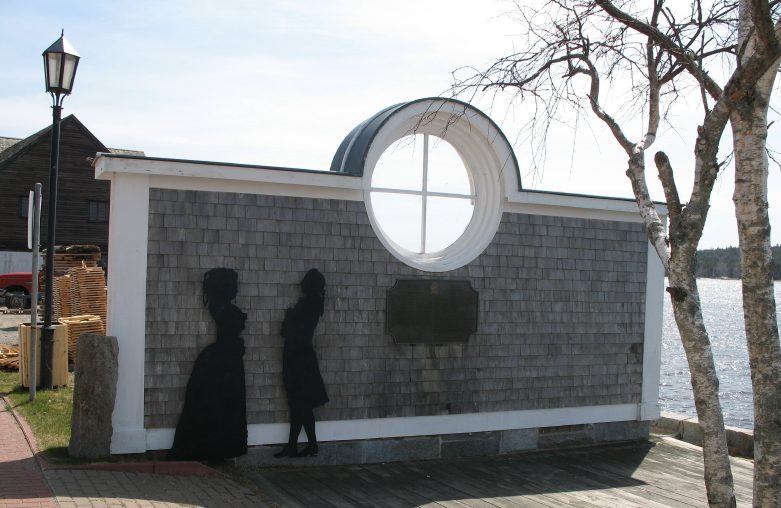 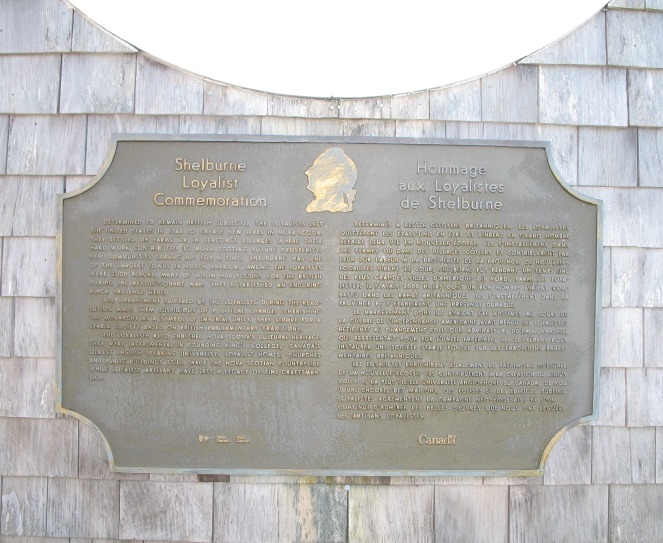 The offical opening of the United Empire Loyalist Commemorative Exhibit occurred at Shelburne, Nova Scotia on October 13, 1984. This exhibit consists of a park area with silhouettes of a Loyalist Lady and a Loyalist Man against a wall that has a window overlooking the harbour. The ceremonies opened with the singing of O Canada, and the reading of the Proclamation by Perry Wamback, Shelburne Town Crier.

Opening remarks were made by the Chairman Mr. Frank C. McGill, area Superintendant, Historic Sites, South Western Nova Scotia. The address was by His Worship William Cox, Mayor of Shelburne.

The Plaque was unveiled by Ike Farmer, a Loyalist descendant. The Reverend John Earle gave a prayer of dedication and the ceremony was closed with God Save the Queen.

A reception followed at the Town Hall

Parks Canada, on the recommendation of the Historic Sites and Monuments Board of Canada, dedicated a plaque at Shelburne on October 13th, 1984, “to make sure the arrival of a Loyalist in 1783 and their contribution to the cultural life of Nova Scotia will be remembered.” This involvement of Parks Canada is explained in its own tribute: “Loyalists were compelled to leave the colonies in order to remain faithful to the crown and traditions. The exile of over eighty thousand Loyalists during and at the end of the War of Independence was the largest single movment of people for political reasons in North American history.”

The first major group arriving in May 1783 at Port Roseway (renamed Shelburne) produced a settlement of ten thousand, which was the largest in the province. Thanks to the skills of the Loyalists, the free land, and the substantial support they received, their villages and farms propsered. Half of them came from New York, New Jersey and Pennsylvania, about one fifth from New England, and the remainder from the southern colonies.

Mrs. Marion Roberson, a descendant of the first Loyalists in Nova Scotia unveiled the commemorative plaque which reads:

Determined to remain British subjects, the Loyalists left the United States in 1783 to create new lives in Nova Scotia. They settled on farms or in seacoast villages where their hard work contributed to Nova Scotia’s future propserity. New communities sprang up: for a time, Shelburne was one of the largest towns in North America. Among the Loyalists were 2,000 blacks, many of whom had fought for the British during Revolutionary war. They establised an enduring black presence here.

The harrassment suffered by the Loyalists during the Revolution made them suspicious of political change. Cherishing the monarchy as a symbol of imperial unity, they strove for a stable society based on British parliamentary traditions. 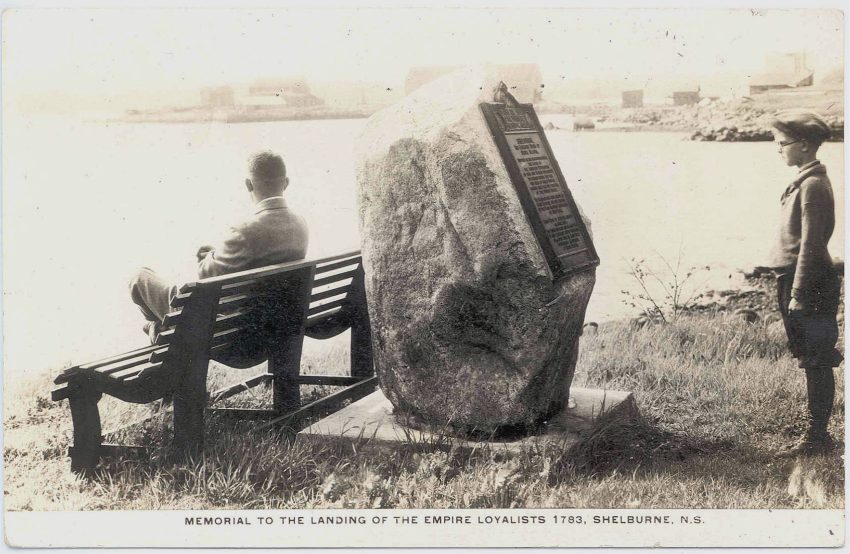