The brass donor plaque is located at the base of the flagpole donated by UELAC in 1997 to St. Alban-the-Martyr Anglican Church. The church, also known as St Alban’s UEL Memorial Church is on the north side of the Loyalist Parkway (Old Highway # 33) east of the UEL Heritage Centre and Park in Adolphustown, Ontario. 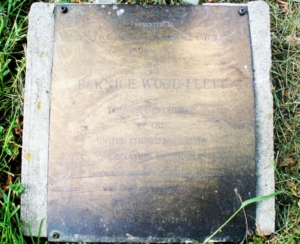 PRESENTED TO
ST. ALBAN’S UEL MEMORIAL CHURCH
15 JUNE 1997
BY
BERNICE WOOD FLETT
DOMINION PRESIDENT
OF THE
UNITED EMPIRE LOYALISTS’ ASSOCIATION OF CANADA
IN RESPECTFUL MEMORY OF THOSE LOYALISTS
WHO CAME TO ADOLPHUSTOWN
ON
16 JUNE 1784 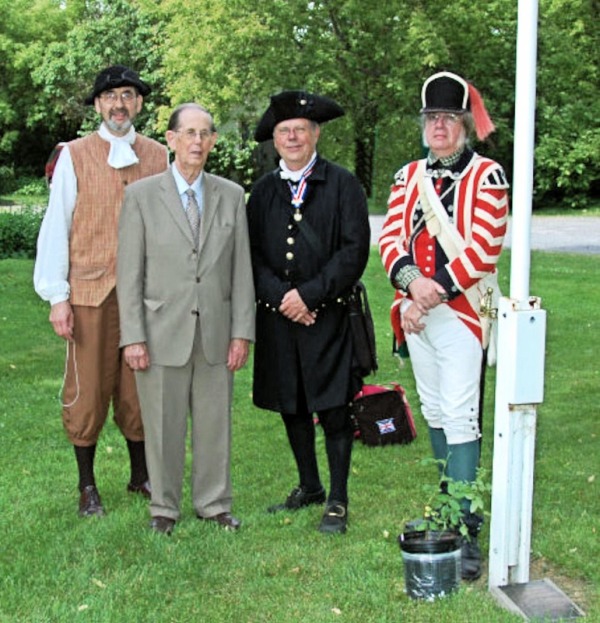