Founded by the United Empire Loyalists, the church has many memorials and plaques dedicated to members and descendants of this group of parishioners.

As you enter the nave, look back to see the Royal Coat of Arms made in 1714 from Boston’s Old State House during the American Revolution and salvaged from the 1791 Trinity Church after the Great Fire. 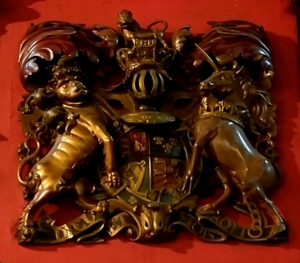 Resting above it is the porcelain figure of Queen Victoria presented to the church in 1880. 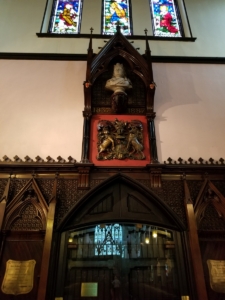 The I.O.D.E. Plaque is located on the south facing wall near west end of church. 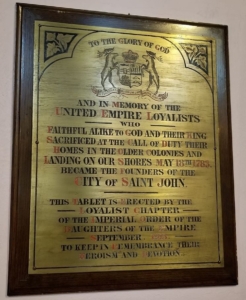 The plaque dedicated to Alexander McMillan bears the following inscription:

IN LOVING MEMORY
OF
LIEUT. – COL. ALEXANDER MCMILLAN, DSO
1874 – 1929
OF LOYALIST DESCENT, HE WAS AN OUTSTANDING
CITIZEN OF SAINT JOHN
A VESTRYMAN OF THIS CHURCH. A GALLANT SOLDIER
FAITHFUL FRIEND AND DUTIFUL SON

WE ASKED LIFE OF THEE, AND THOU GAVEST HIM A LONG LIFE
EVEN FOR EVER AND EVER 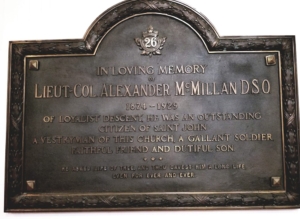 All photography and video on this page supplied by Brian McConnell, UE.