A grant of $250.00 funded the Captain Jonathan Snyder UE project. Robert Tordiff UE was the manager of this project. There were 200 bookmarks printed which featured a picture of Capt. Snyder and an explanation of the meaning of ‘UE.’ Also printed were 50 Brochures, which were reprints of a 2009 (Spring issue) Loyalist Gazette article. A photo of Capt. Snyder was framed for display purposes. 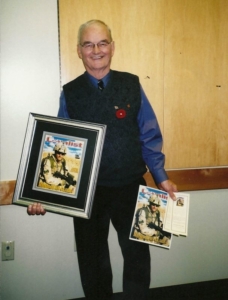