On Aug. 16, 2007, the Colonel John Butler Branch erected their Loyalist Burial Plaque at the Plato Cemetery in Fort Erie. This is the second plaque to be placed. Present at the dedication were Plato Family Members, descendants of Loyalist Christian Plato 1st and Loyalist Peter James Plato. Members of the Colonel John Butler Branch, UELAC also attended. The Loyalist Prayer was read in memory of the Loyalist ancestors. 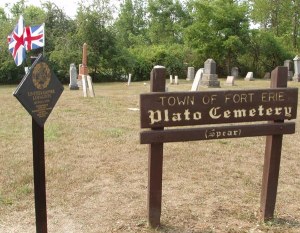 Christian Plato 1st, 1735 to circa 1809 was a member of Butler’s Rangers during the American Revolution (1771 to 1781). He was a volunteer from Johnson’s Greens to service with Butler’s Rangers assigned to serve with Joseph Brant’s Mohawks. Christian 1st was considered a spy and a bounty of $ 100.00 ( a considerable amount at that time ) was placed on his head by the Revolutionary Committee. Christian served throughout the war. Sadly, his wife Dorotea (May) Plato did not survive the arduous trek to Fort Niagara. For his Loyalty, Christian received 300 acres from the Crown: 200 hundred acres in the Township of Bertie and 100 acres in Pelham on Tice Road. He is buried in the Plato Cemetery. 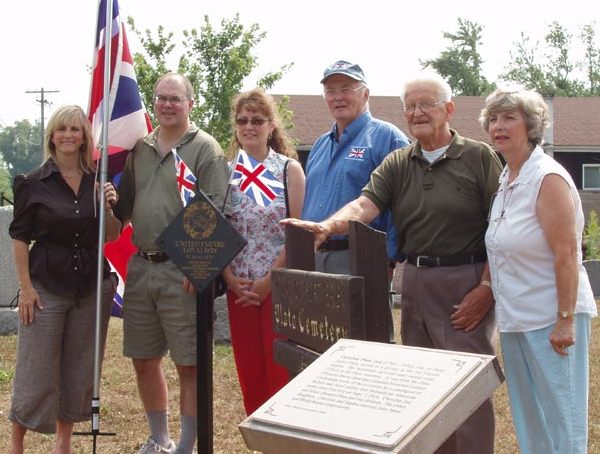 Descendants of Christian Plato and his son Peter James Plato

Peter James Plato, (1756-1855) son of Christian 1st, also a Butler’s Ranger fought in the Ohio Valley. He received 300 acres from the Crown in the Township of Bertie, 13th Concession. His wife, Catharine, the daughter of Ranger Cornelius Bowen, received 200 acres. Peter served as a Sergeant in the War of 1812-14 with the 3rd Lincoln Militia and was present at the Siege of Fort Erie, August, 1814. Christian Plato 2nd, son of Peter James, served as a Private in the 3rd Lincoln Militia. Peter James died in his 99th year. He also is buried in the Plato Cemetery. 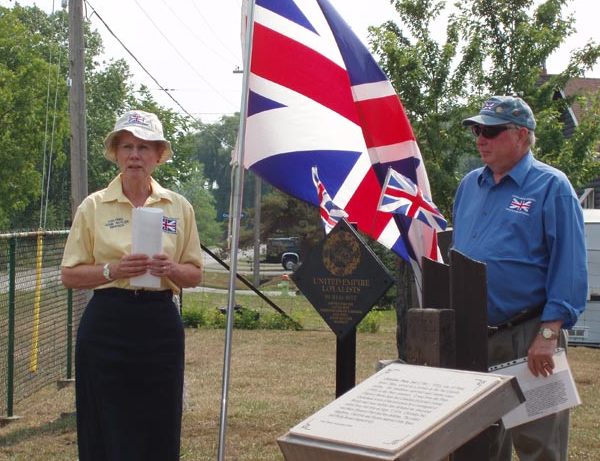 Noreen Stapley UE and Eugene Oatley UE read the Loyalist Prayer at the dedication of the Col. John Butler Plaque