On Wednesday May 23rd, 1929, Empire Day, the United Empire Loyalist Monument was unveiled. The Monument was a generous gift presented to the City of Hamilton by Mr. Stanley Mills.

The Monument was designed and executed by Mr. Sydney March of Farnborough, Kent County, England, and stands in front of the Court House in Prince’s Square, Main Street East, Hamilton, Ontario. 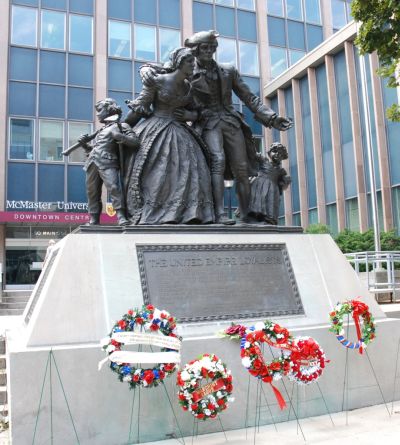 The monument, just a few years after its unveiling, was used as the subject of the United Empire Loyalist Commemorative Plate.

The Monument was unveiled a second time on Wednesday June 25, 1958 when the new Hamilton and Wentworth Co. Courthouse was built. His Excellency Governor General Vincent Massey spoke and performed the unveiling ceremony. 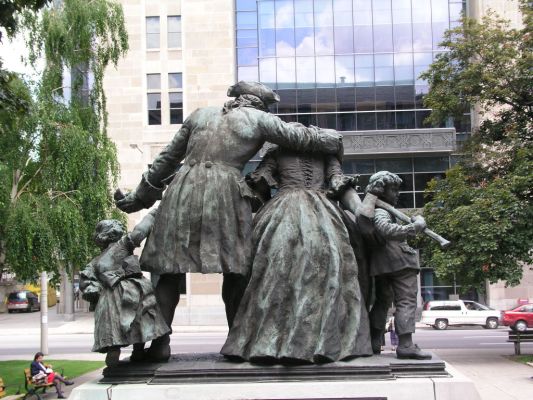