In 2006 Edmonton Branch had a Bur Oak tree planted on the grounds of the Alberta Legislature. The tree was placed in commemoration of the visit of Her Royal Highness, Queen Elizabeth II to Alberta in 2005. The Bur Oak was selected as these are the green leaves symbolized on the UELAC Crest: 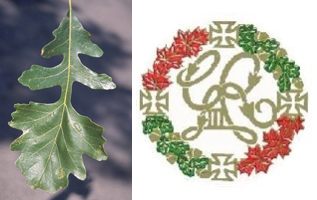 On Saturday, June 17, 2006, a temporary plaque was unveiled near the tree. 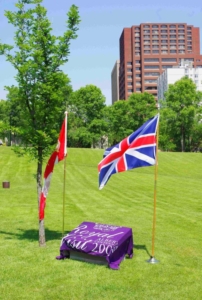 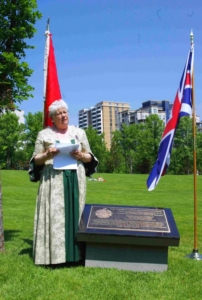 Fundraising took place, and Calgary Branch joined the effort to have a permanent and larger plaque erected. This plaque was dedicated on June 19, 2010.

In 2011 and 2012, the City of Edmonton recognized June 19 as United Empire Loyalist Day, at the request of the Edmonton Branch.

The royal purple flag used in the ceremony was in the Legislative Building during the Queen’s visit. It was later given to the Branch by the Hon. Hugh MacDonald, Member of the Legislative Assembly of Alberta, who has been very supportive of the UELAC for a number of years.

The UELAC Armorial Bearings appear on the plaque next to the inscription which reads:

The roots of this tree symbolize the ancestral root of Loyalists who fled the Thirteen American colonies during the American Revolution (1775-1783) and remained faithful to the British Crown. Oak leaves have long been held as a symbol of loyalty to the Monarchy since the time of Charles II. Just as the branches of this tree grow and spread, similarly many Albertans are descendants of the original Loyalists. 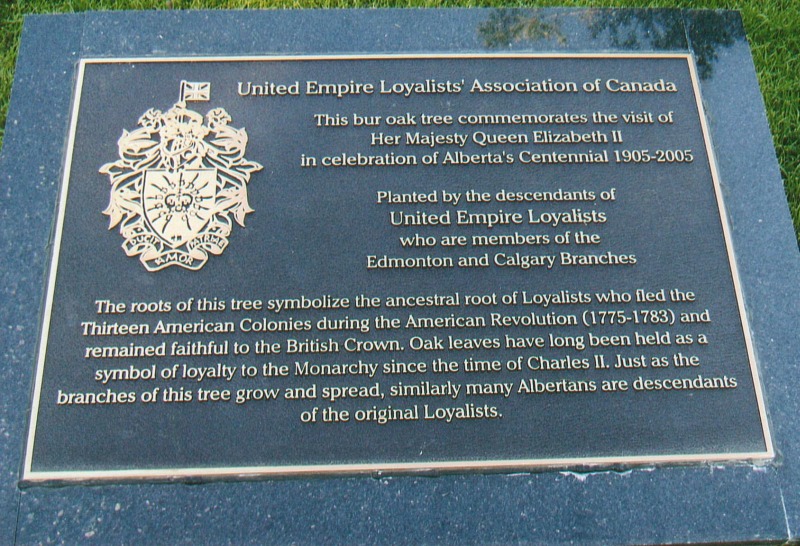